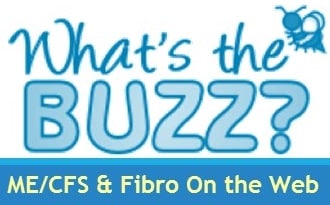 Each month we scour the Internet and bring you a list of news articles, blogs and research publications we think you’ll find interesting for our What’s the Buzz post. Occasionally, we’ll highlight and summarize a few of them for you, like these: Each year the latest and greatest gadgetry is on display in Las Vegas at the Consumer Electronics Show (CES).  I’ve never attended CES and haven’t been one to get too excited about electronics.  But as technology becomes more affordable and personal I can’t stop thinking of ways to get devices into the hands of patients in order to impact research progress.  As you know the Bateman Horne Center is collaborating with Ōura, the makers of the Ōuraring, to determine if the Ōuraring can be used to research sleep abnormalities in ME/CFS and Fibromyalgia.  So when Ōuraring was named as a Best of Innovations honoree at CES 2016, patient-driven participation in innovative research moved a giant step forward.  It is a dream come true to know that ME/CFS and Fibromyalgia patients will be empowered with the best of innovations technology to participate in research.

Many patients remember the day they were sick with a severe flu-like illness that never went away.  It is clear that acute infection (with a variety of viral and bacterial pathogens) can cause chronic diseases characterized by debilitating fatigue, pain and cognitive impairment.  This paper published in 2011 by Drs. Harvey Moldofsky and John Patcai demonstrated that infection has long term affects on sleep.   There was an outbreak of Severe Acute Respiratory Syndrome (SARS) in Toronto in 2003.  Moldofsky and Patcai studied health care workers infected with SARS who became chronically ill and unable to return to work.  They found that sleep was nonrestorative and characterized by abnormalities in REM and electrical activity patterns.  It is plausible that disruption to sleep can be causally related to the other post-SARS symptoms of chronic fatigue, pain, weakness and depression.

PACE Trial being Put Through its Paces

The PACE trial was a large-scale five-year trial funded by the UK government which compared the efficacy and safety of four treatments: specialist medical care (SMC), SMC with CBT, SMC with GET, and SMC with adaptive pacing therapy (APT). The results were published in February 2011 and have been the subject of controversy ever since. In recent news